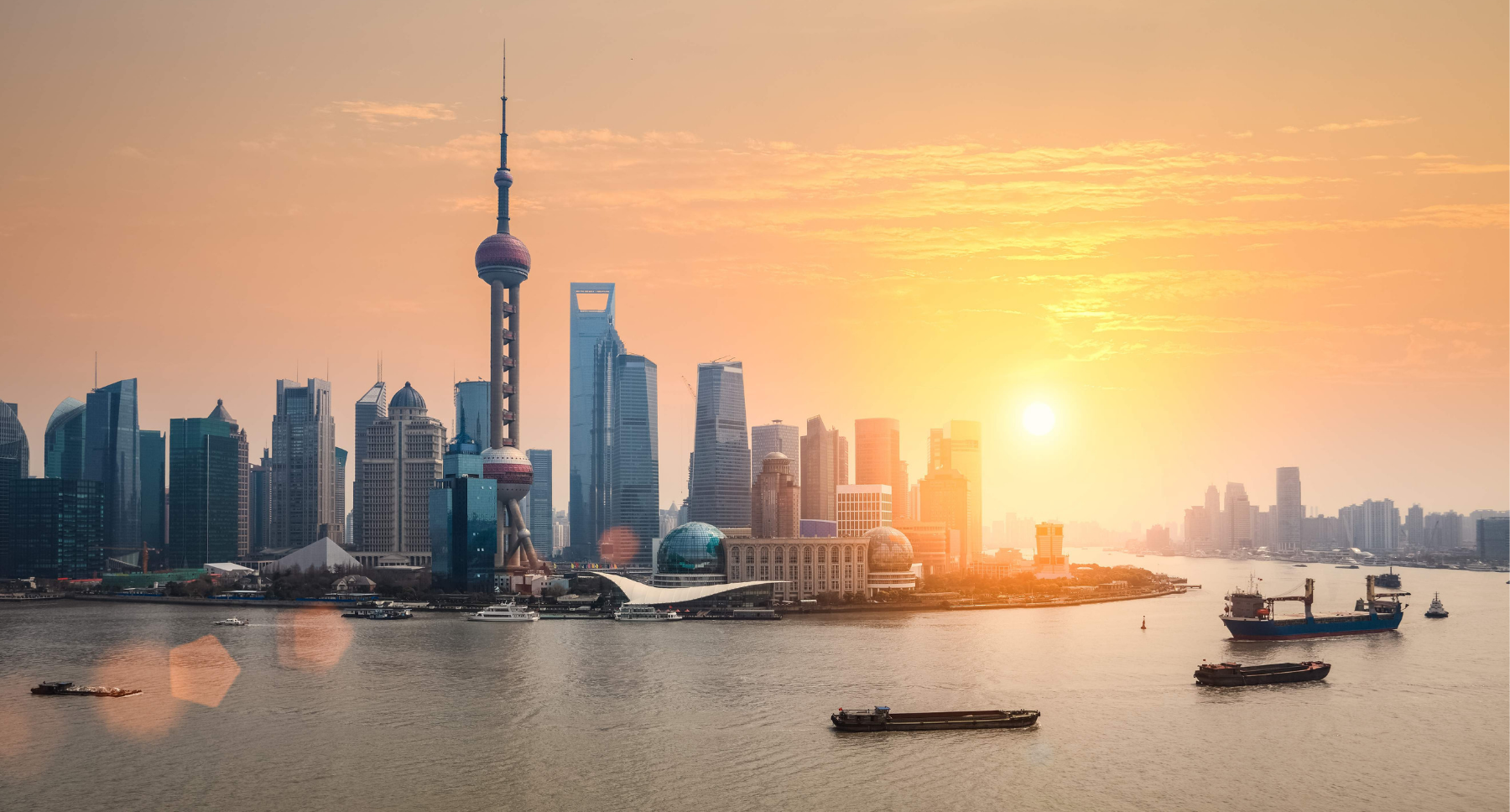 Jack Ma is among the handful of speakers capable of explaining wildly complex phenomena in the time it might take you or me to simply present him with a question. His down-to-earth pithiness, which has become a hallmark of the Alibaba founder’s style, was perhaps never more evident than in his speech to the New York Economic Club in 2015. In his address, Ma accounted for the astronomic rise of digital commerce in Asia with a single, incisive observation: If e-commerce could be thought of as the “dessert” in the United States, it was always destined to be the “main course” in China.

For Ma and other Chinese e-comm pioneers, the rise of digital retail in Asia was both inevitable and necessary. Alibaba might well have been gamble – any business is – but such was the moribund state of Chinese retail in the late 90s that something was required to fill the immense vacuum. In the absence of an established “high-street”, comprising popular bricks & mortar giants, a conspicuous void existed in the world’s fastest growing economy. In hindsight, it was only a matter of time before it got filled — and Alibaba did so in much the same way as an incessant stream of water might fill a parched fountain.

The results of China’s whirlwind love affair with digital commerce have been staggering. In 2007, Chinese e-commerce accounted for less than 1% of the value of worldwide transactions. Today, it accounts for around 40%. In fact, China now handles more e-comm transactions per year than the US, UK, France, Germany, and Japan combined. To put that into perspective, that’s the five largest G7 economies. What’s more, Chinese B2C e-commerce sales are expected to reach almost one trillion dollars in 2022, and almost half of the world’s e-comm growth over the next three years is expected to come from APAC.

China’s rise has undoubtedly led to a shift in the centre of gravity for digital commerce. The Chinese predilection for online retail has been replicated again and again throughout Asia, transforming the burgeoning continent into the beating heart of global e-commerce. For western digital commerce companies, Asia stands as something of an intricate puzzle, but it’s one that can be unlocked with a strategy that considers, and respects, the continent’s unique challenges and and future trends.

The e-commerce boom in Asia has been broadly driven by four key factors: (1) growing middle-classes, (2) increased mobile penetration, (3) new e-commerce players, and (4) improved logistics options. In each of these key areas, Asia’s developing countries have been largely following China’s lead. The PRC’s deep involvement in global value chains has exposed the country — and its neighbours — to the latest technologies and innovations. Asia, in other words, is fully-plugged in to the global economy, and all it has to offer.

There is, however, further capacity for growth and improvement. For instance, by 2030, Asia will represent 66% of the global middle-class population, and 59% of middle-class consumption; mobile penetration, which has improved from less than 25% in 2013 for more than two-thirds today, still has a long way to go; and Chinese VC investment in e-commerce technology is really only just beginning.

Should incomes continue to rise and internet coverage expand, we should expect to see no let-up in Asia’s unstoppable march toward becoming the undisputed global epicentre of e-commerce. Following China’s cue, increasing numbers of APAC economies will become more and more consumption-driven. This is good news for European and North American e-commerce companies, but there are challenges to overcome before the full promise of Asia can be realised.

A Unique Set of Challenges

A cursory glance at the landscape of e-commerce in APAC reveals the scale of the challenge presented by the continent. Strikingly, many of the world’s largest digital commerce businesses – Amazon, eBay, Expedia – are absent from the list of the biggest players in Asia. This is in large part due to the massive logistical challenges involved in unlocking the region.

Prior to Alibaba’s e-comm revolution in China, fulfilment in Asia was executed by a patchwork of local couriers. To combat the unreliability of the existing fulfilment arrangement, a number of companies – most notably Alibaba in China and Flipkart in India – began assembling their own courier networks. On the one hand, this has raised the bar to entry in Asia. However, the work of the continent’s e-comm giants has gone some way toward compensating for the under-developed infrastructure that can be found throughout Asia.

In this sense, some levels of vertical integration are essential for e-commerce businesses in Asia. In absence of establishing a wholly-owned courier service, e-comm companies are required to develop deep partnerships with trusted local firms. Many of the region’s major players are choosing to invest in fulfilment businesses to ensure that, if nothing else, their partners possess the latest technology. Such partnerships are perhaps the most important arrangements that e-commerce companies will make on their way toward mastering Asia.

Similarly, significant chunks of Asia are lacking quality financial services infrastructure. Indeed, throughout APAC, there is an alarming degree of variation when it comes to the share of the population with access banks and other financial institutions. For instance, at the top end, New Zealand has almost 100% financial services penetration, compared with just 40% in Indonesia.

The lack of adequate banking access in parts of Asia has facilitated the proliferation in Alternative Payment Methods (APMs). So culturally relevant are some APMs that a business’ capacity to carry them will have an outsize impact on its ability to take orders from APAC countries. Incorporating the full complement of Asian APMs requires a significant degree of commitment on the part of the retailer — as well as a state-of-the-art technology stack capable of absorbing the many payment methods found across the continent. 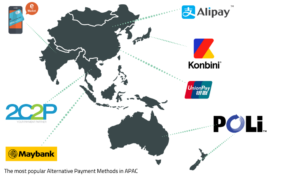 However, notwithstanding the proliferation of APMs in Asia, cash is still in king in many APAC countries. Cash-on-delivery (COD) comes with its own set of challenges, and is, of course, far from desirable from the perspective of e-commerce companies.

The prevalence of COD is only partially the product of poor financial services infrastructure. In countries like Malaysia, Indonesia, Thailand, and the Philippines, some consumers are hesitant to share financial information online. Although this lack of trust will be eliminated in the long-run, for now, these markets cannot be fully exploited in the absence of COD arrangements. Handling cash might well be a challenge, and an inconvenience, but offering a COD facility can help businesses develop positive relationships with consumers who will one day make the transition to digital payment.

Seeing into the Future

If past precedent is anything to go by, Asian consumer trends are likely to develop in ways that will – at least initially – appear altogether alien to shoppers in the west. Already, the BAT (Baidu, Alibaba, and Tencent) trio of Asian e-comm giants are tackling inefficient offline markets that have, as yet, been left well alone by digital outfits in Europe and North America. For instance, Alipay and WeChat have rolled out so-called “Super Apps” which serve as literal one-stop-shops, covering everything from healthcare to entertainment.

This trend toward “comprehensive solutions” is part of a bigger shift in Asia which is seeing consumers move away from strict brand loyalty in favour of pragmatic solutions that become integral to day-to-day life. The businesses expected to thrive in APAC over the coming decade are those that are prepared to focus on correcting common pain-points experienced by consumers. Thus, the real demand going forward will be for “smart assistants” capable of intervening proactively. In short, Asian shoppers are increasingly demanding more choice and more insights throughout their shopping experience.

More broadly, the baseline shopping experience in Asia is fast becoming one that revolves around convenience, information, and entertainment. Consumers in APAC are increasingly seeking guidance and choice at every touch-point along the way toward making a final purchase. This information-heavy focus must, however, be combined with an emphasis on convenience and entertainment. In contrast to the linear, and private, online shopping experience commonly seen in Europe, Asian e-commerce is in large part a participatory activity. Leading Asian e-comm businesses are increasingly thinking of consumers as “brand co-creators”, who serve as ambassadors for brands within their micro-communities. In a similar vein, e-commerce is becoming almost indistinguishable from entertainment in Asia. Brands, in a sense, are becoming occasions, and consumers are becoming businesses.

There is much to decode in the Asian e-commerce landscape. Very much a “brave new world”, Asia requires e-commerce businesses to rethink the approaches and strategies that have delivered success in Europe and North America. While unlocking APAC is a time- and capital-intensive exercise, it is a market that must be mastered, and mastered quickly. No region on the planet provides quite the same levels of opportunity.

Christophe Robin: Five Sites, 20 Days, and a 125% Uplift in Conversion 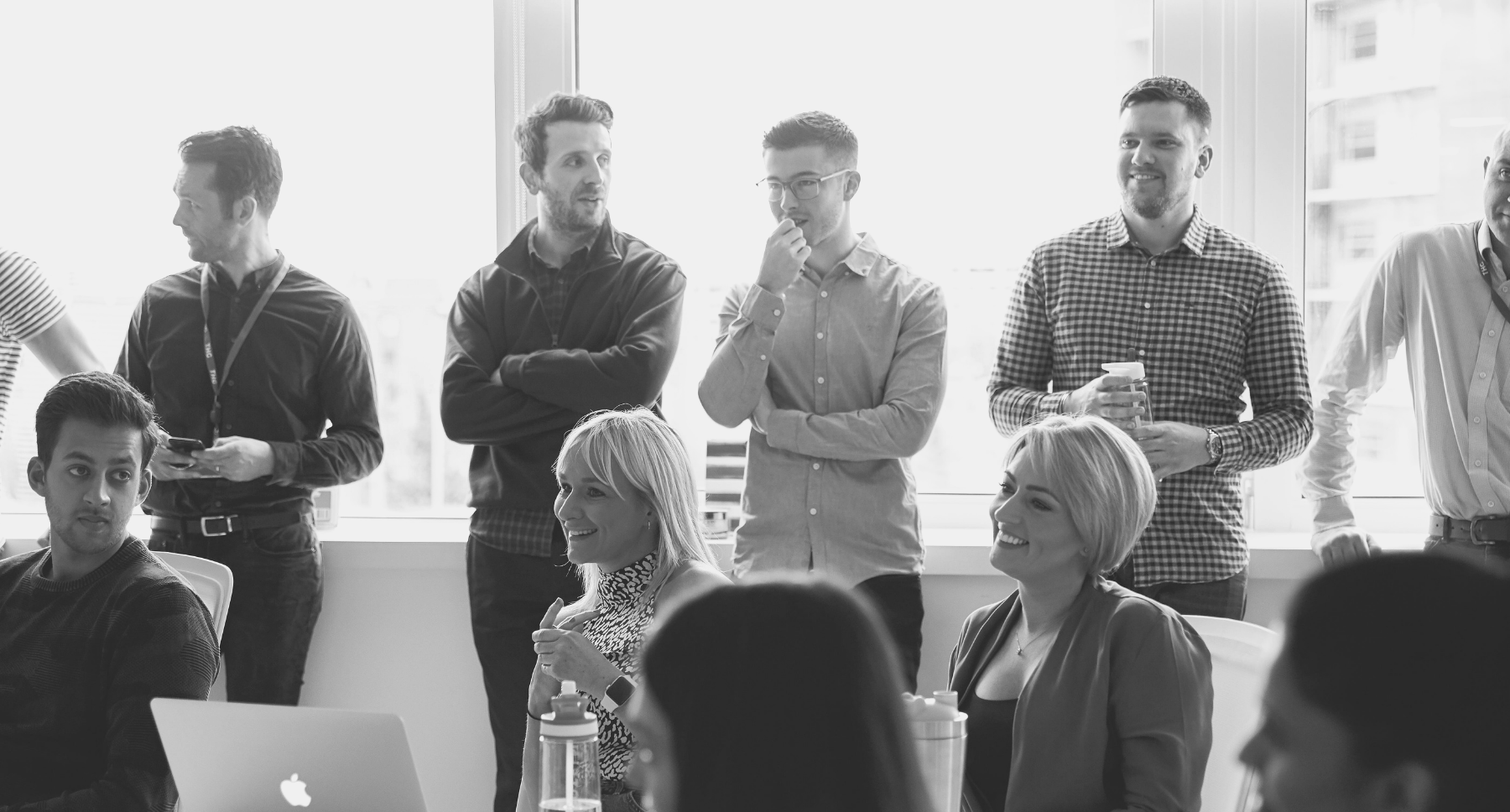 How we Lay the Foundations for Brand Growth 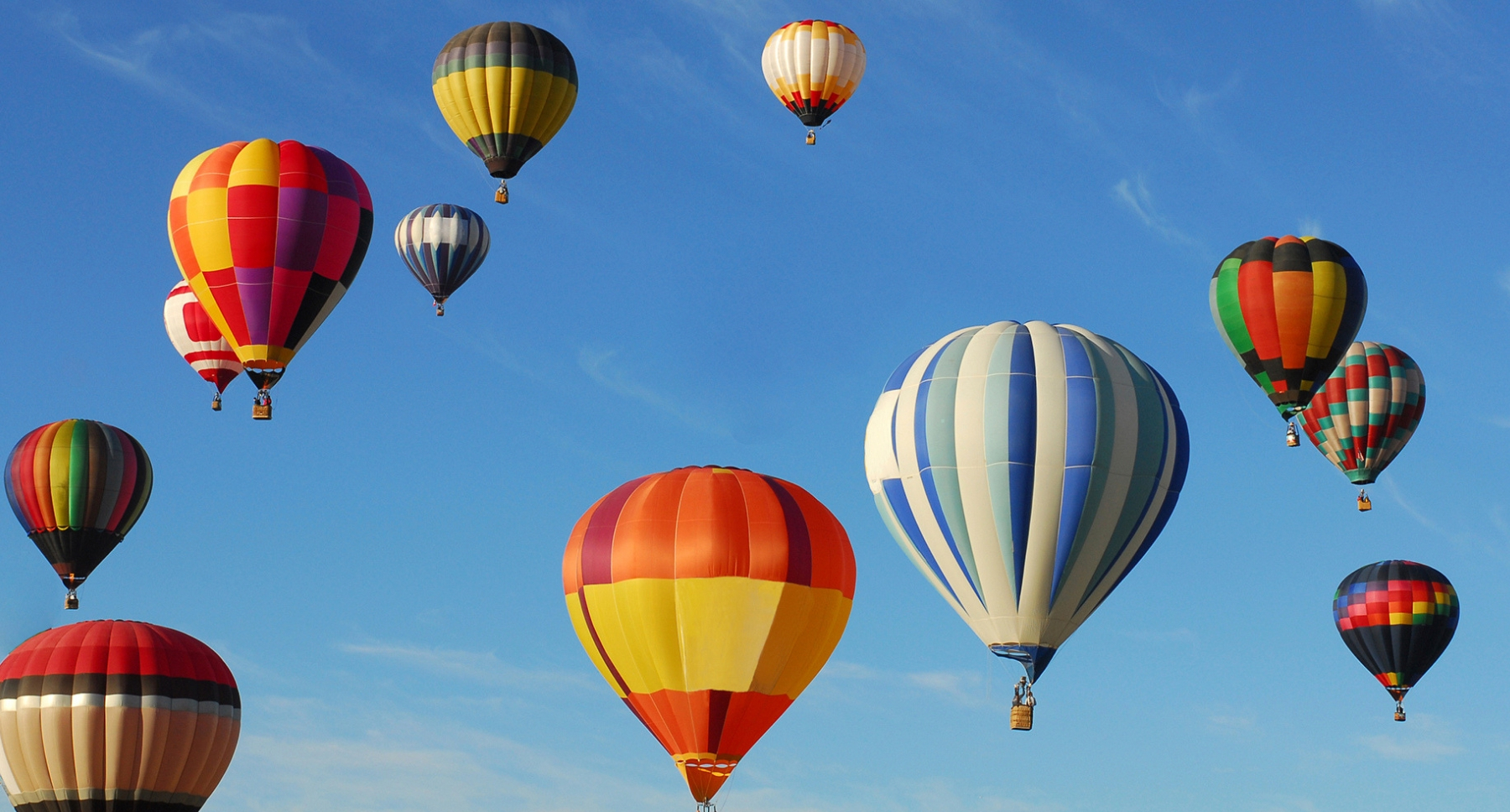 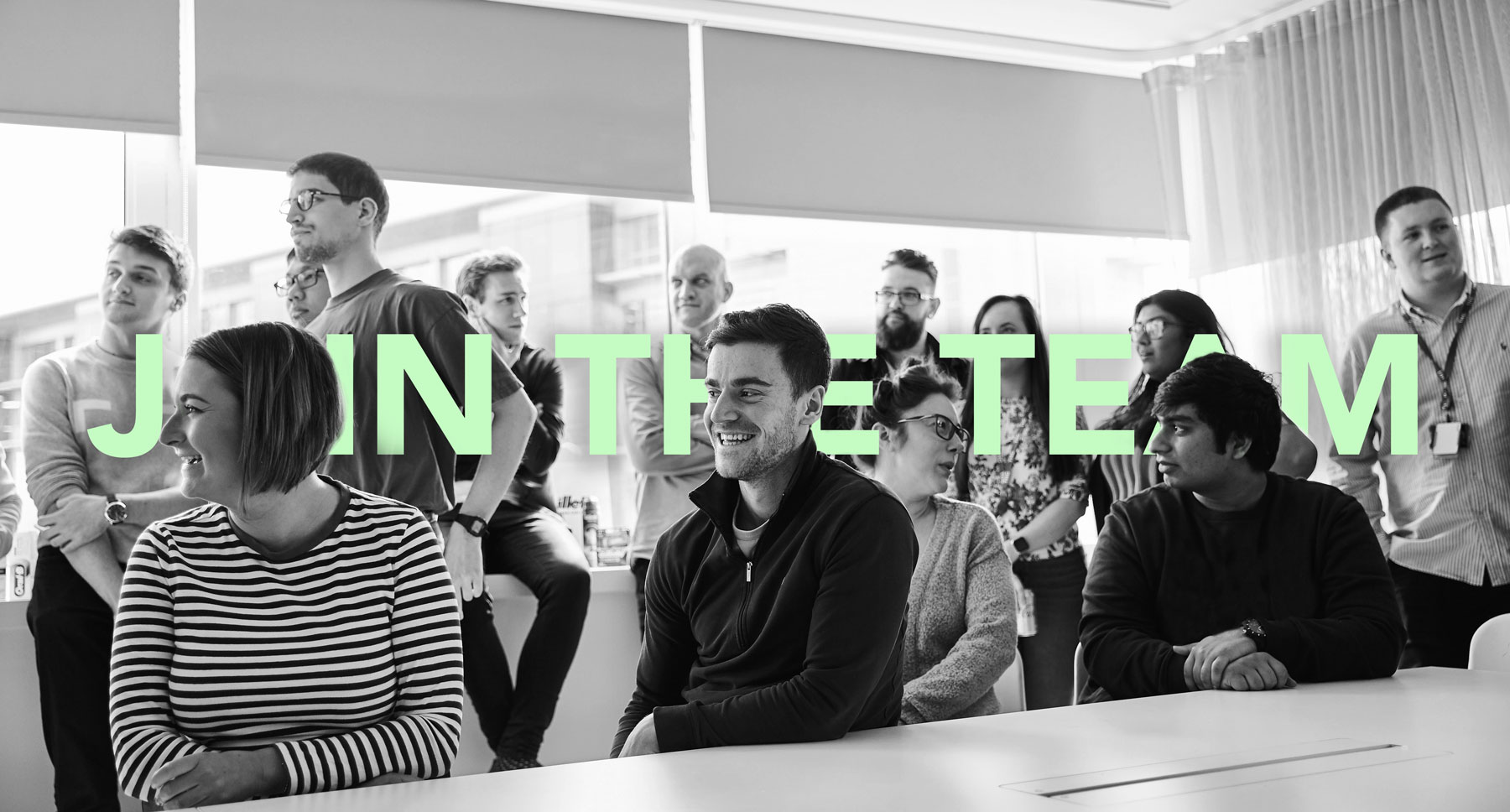 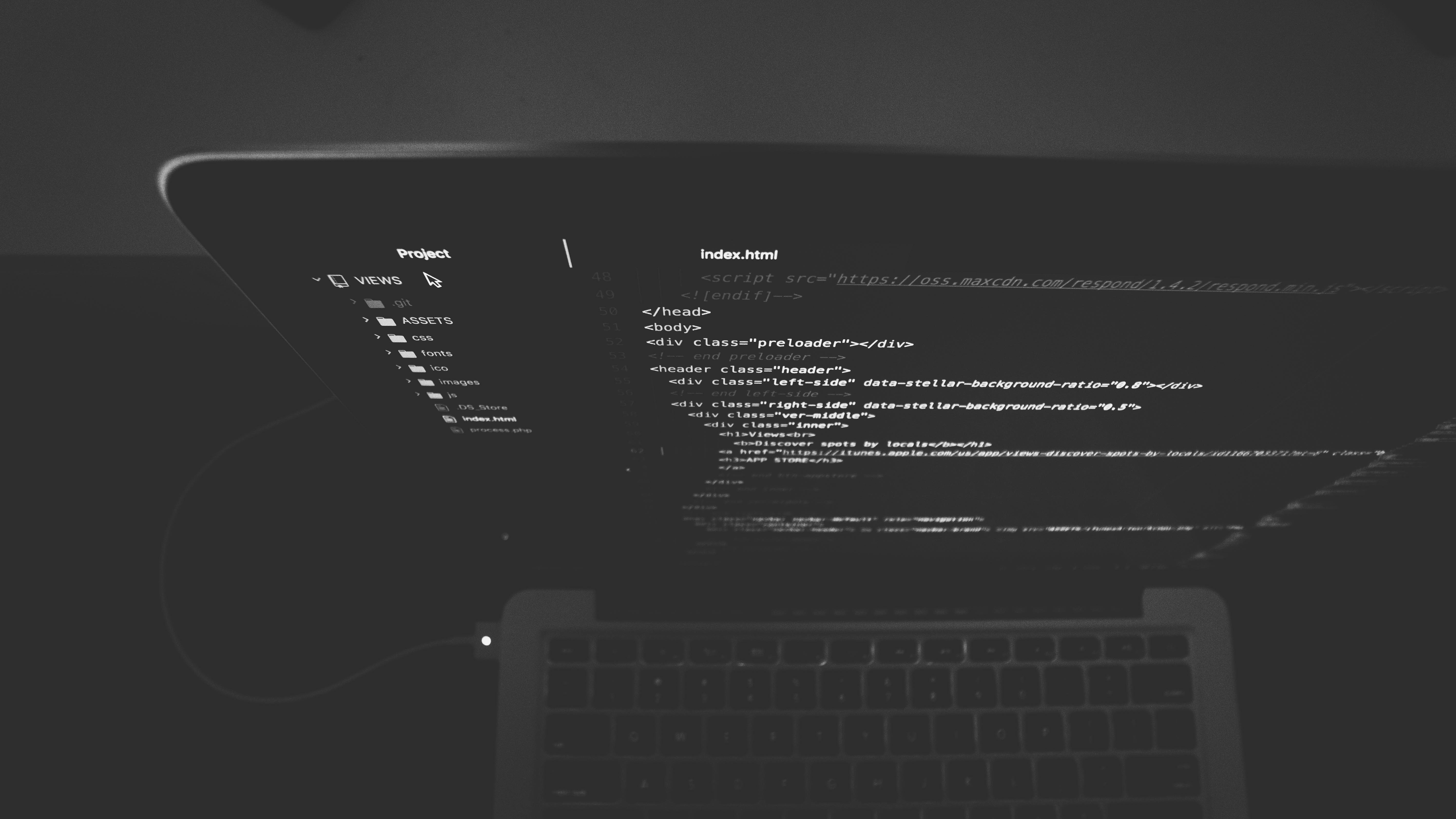 "Build, Not Buy": The Makings of a Best-in-Class Technology Stack 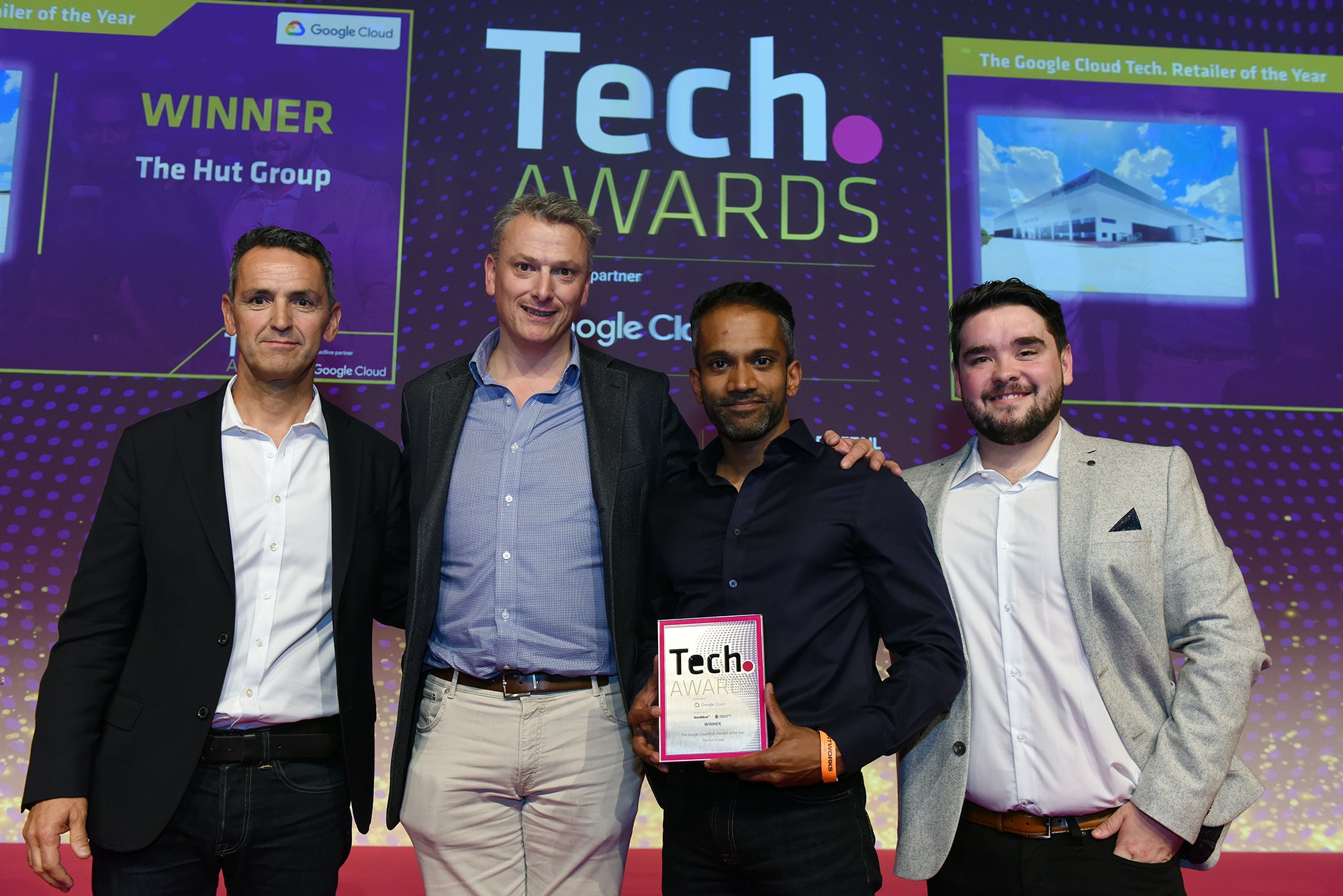 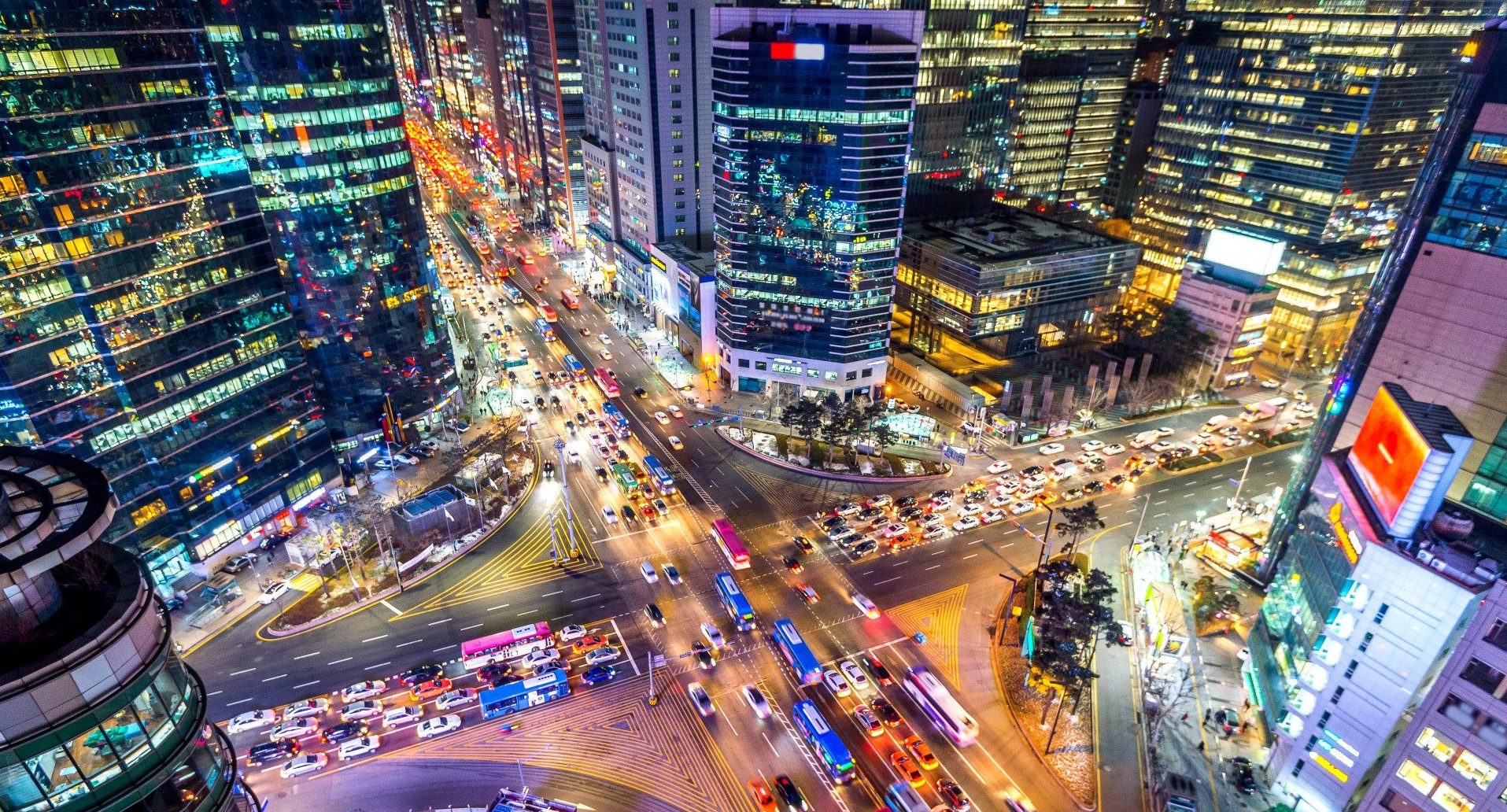 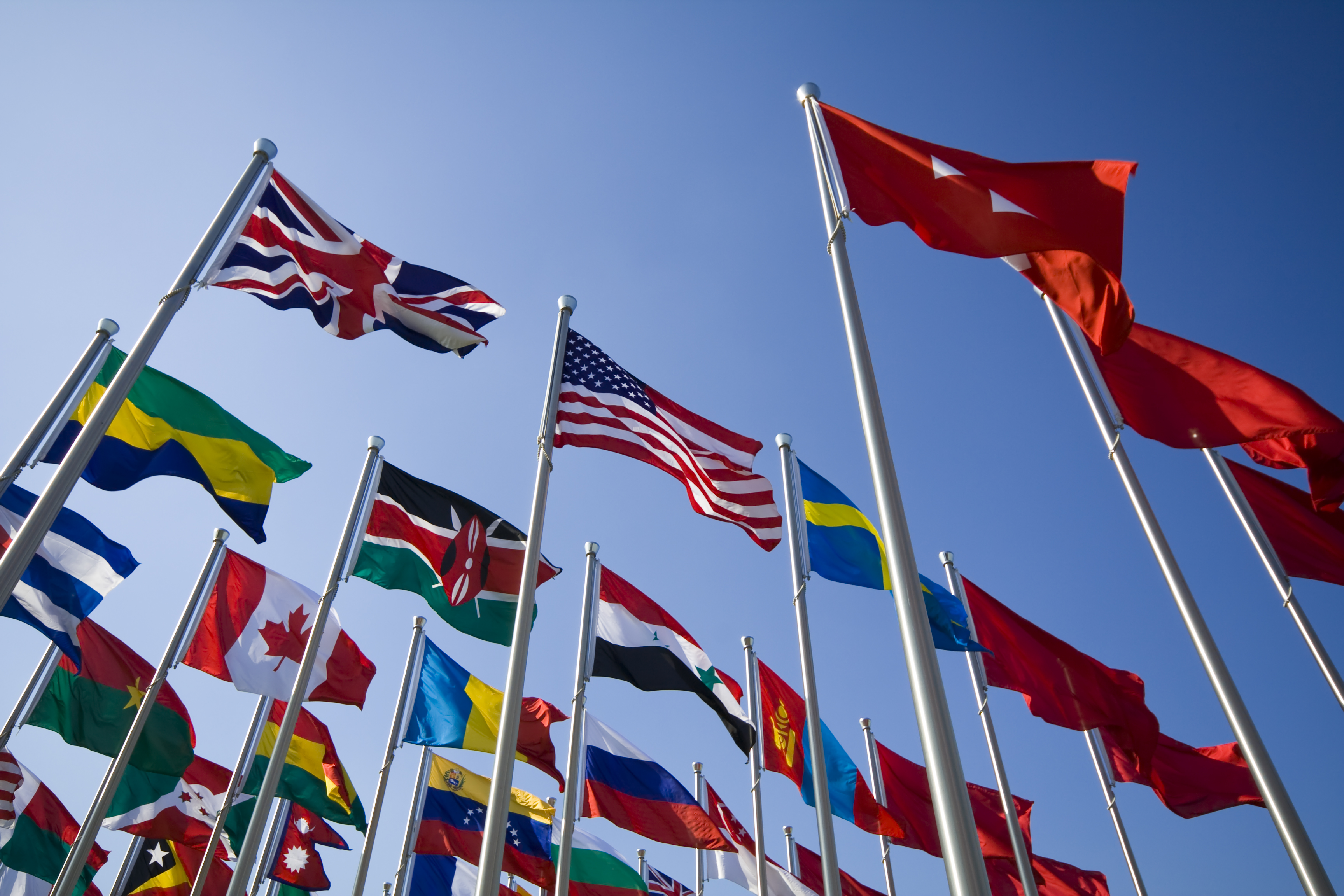 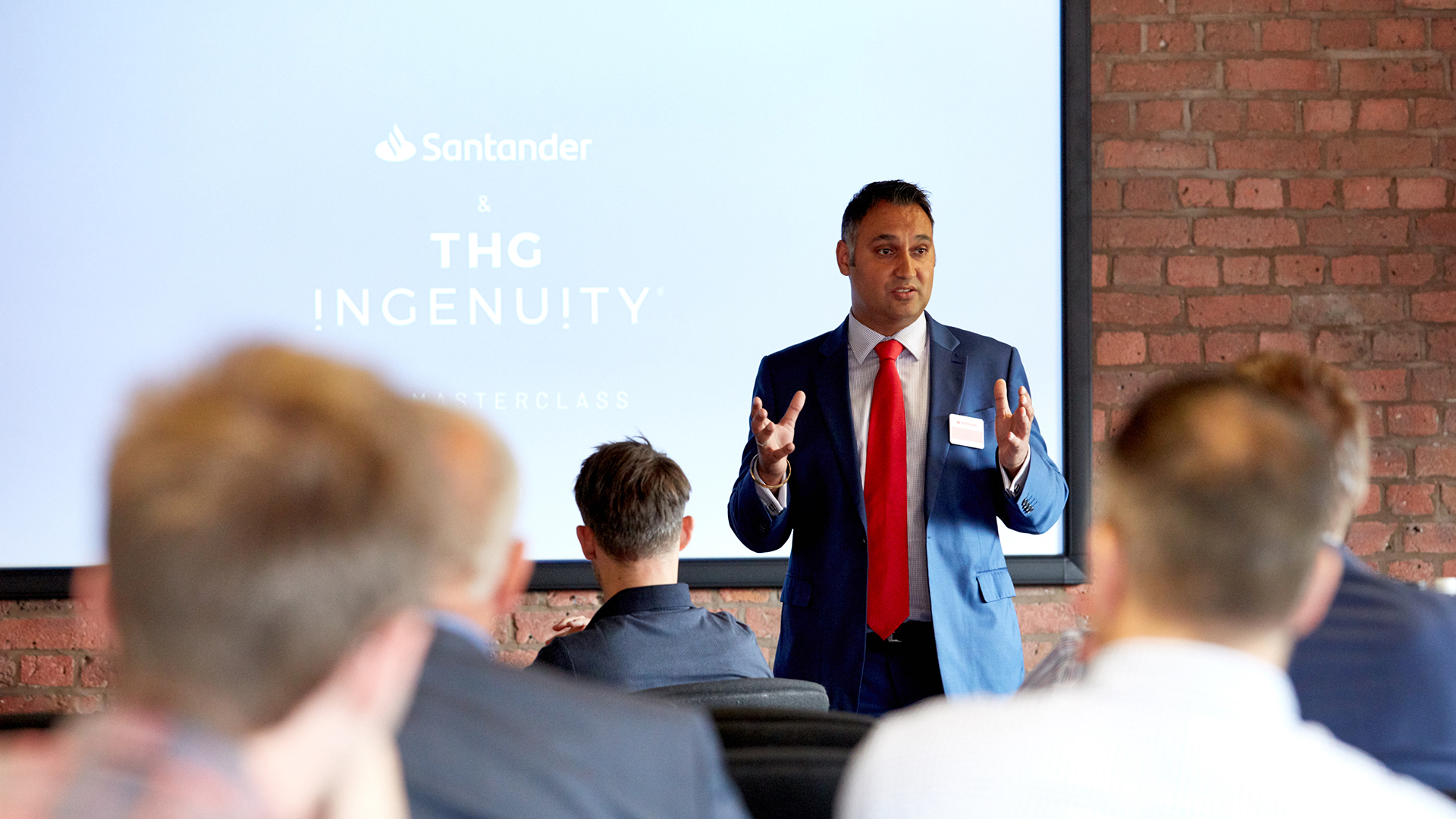 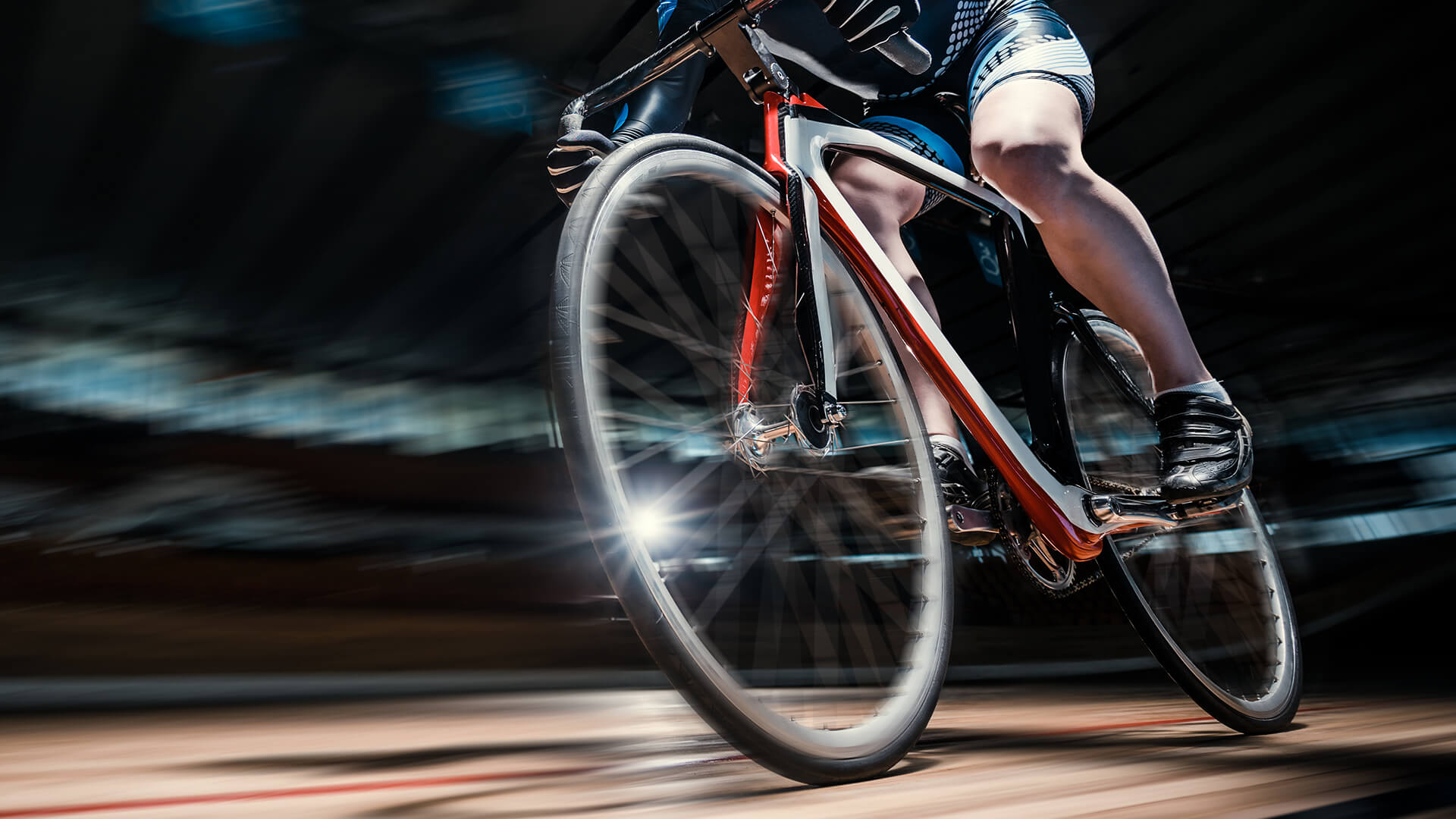 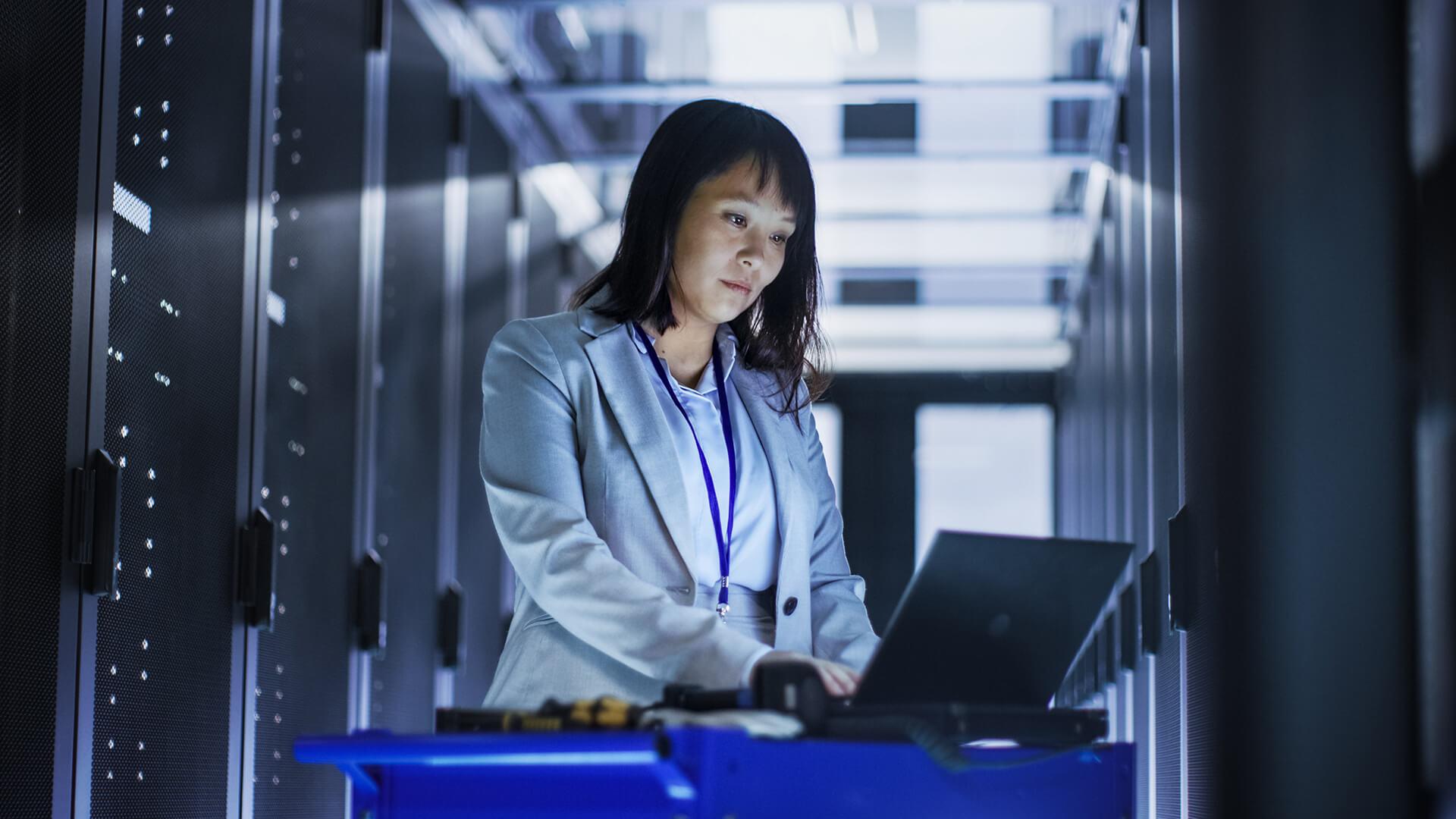 See how your business can grow